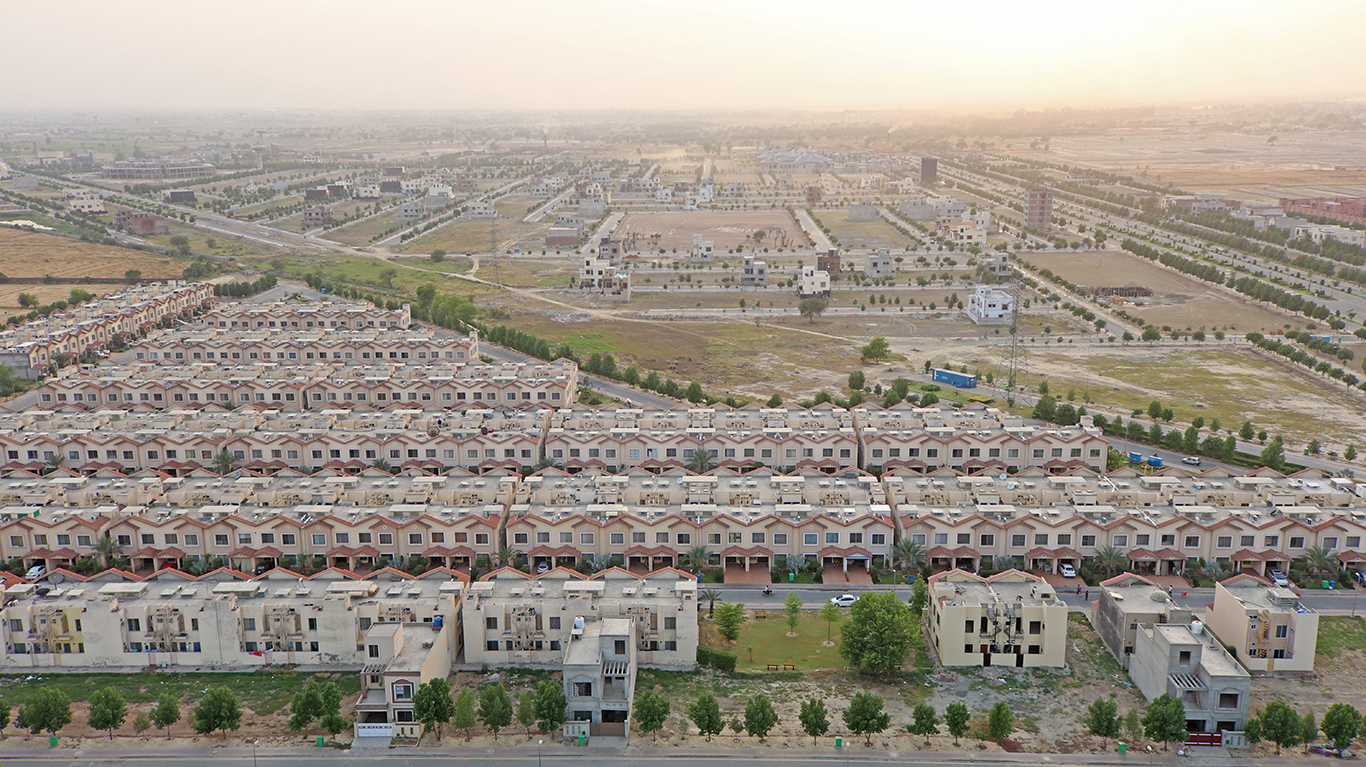 Gated communities have emerged as new spaces of neo-liberalism, taking away key responsibilities of the state and handing them over to those who can afford through private means, consequently creating a further classist society and a mindset that encourages the abandonment of the state.

Neo-liberalism: The monster under our beds

In neo-liberalism, “democracy is reduced to theatre”, writes author George Monbiot in a Guardian article. These simple words explain the subtle, yet dangerous, nature of neo-liberalism that co-exists with democracy and flourishes at the hands of those pulling the strings from behind the curtains.

One of the most alarming aspects of neo-liberalism is how it takes away power from the state – the one that allows it to question the influential, to hold it accountable, or to rein it back in if it crosses the line. And with this weakened state, powerful private entities are getting leeway in exercising whatever ills they desire. The state is then reduced to only exercise its power and impose strict control on those who lie at the bottom ring of the ladder in the society.

Gated communities have emerged as new spaces of neo-liberalism, taking away key responsibilities of the state and handing them over to those who can afford through private means, consequently creating a further classist society and a mindset that encourages the abandonment of the state.

The upholders of neo-liberalism justify the segregation of society in the name of “the law of nature”, whereby perpetuating a mindset which believes that the rich deserve to be rich because they are successful and the poor deserve to stay poor because “there’s nothing much they can do about it”.

The mindset manifests itself in its physical form through gated communities. It is the idea that every other person who falls outside the ambit of your social strata is to be considered inherently “impure”, “dishonest”, and “a cheater” – and thus, must be kept as far away as possible.

According to an article by Aurora, “gated communities are a dangerous trend, as they accentuate even more starkly the divide between the affluent, the average and the severely underprivileged.”

With money comes power, and with power comes zero accountability. This is the case for all the elite of the country, who further their monetary gains through their private commodities via all legal and illegal means.

Interestingly, whenever we talk about corruption being done by the elite, we fail to look beyond politicians. While everyone is quick to jump on those holding public office to be brought to task, there is no uproar for the private powerful entities that are indulging in the very same malpractices.

And one of the main reasons why there is no accountability is because there is no access to information. Commodities, such as gated communities, keep their doors tightly shut.

This is why when Malik Riaz continued to flout the rule of law in several ways, there were hardly any calls for accountability — from either the politicians, the media, or the masses.

Some of his massive wrongdoings that did come to the forefront were also never talked about as extensively as they should have been.

For instance, Malik Riaz horribly uprooted one of Karachi’s largest parks to lay pipelines for his Icon Tower, and continued to do it for a year on contract, but hardly anyone knew. Then he tried to buy off the park — a decision that was splashed all across the media — and surprisingly the public largely supported the decision. The blind trust runs too strong.

Bahria Town’s land grab controversies are also new to none. An investigative report by Dawn unearthed that Bahria Town Karachi had illegally taken over around 47 small villages (goths) for its project.

But what did the people do? They turned a blind eye.

The middle-class audience of Bahria Town seems to be so ecstatic about having their children get cheap access to swimming pools and horse riding clubs, that they don’t care an iota of all the homes that were uprooted, all the lives affected, and all the gruesome lies hiding behind these projects. But of course why would they care about these poor people with no money, no power, no access and no one to complain to — when they are getting their own 24/7 supply of bijli and pani? 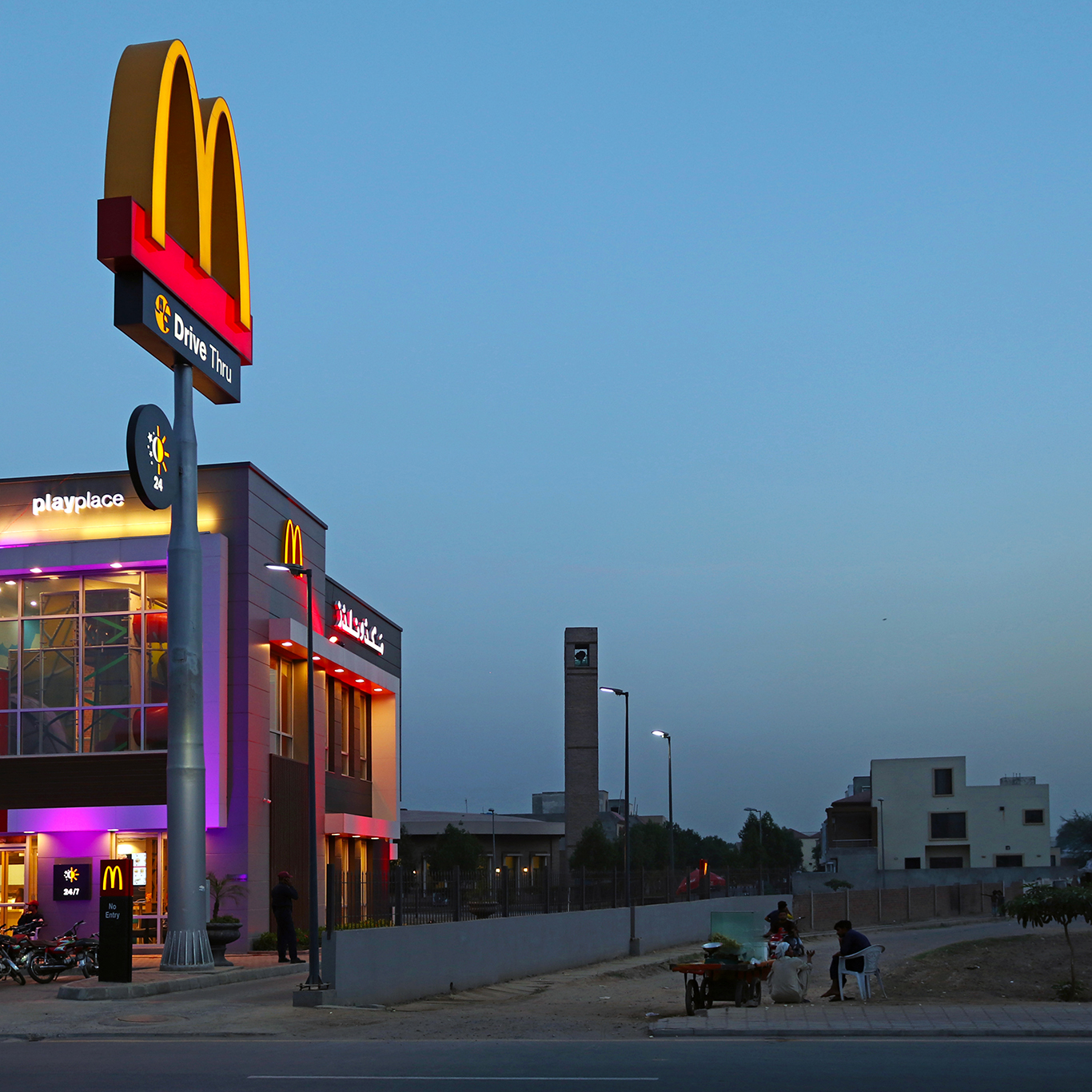 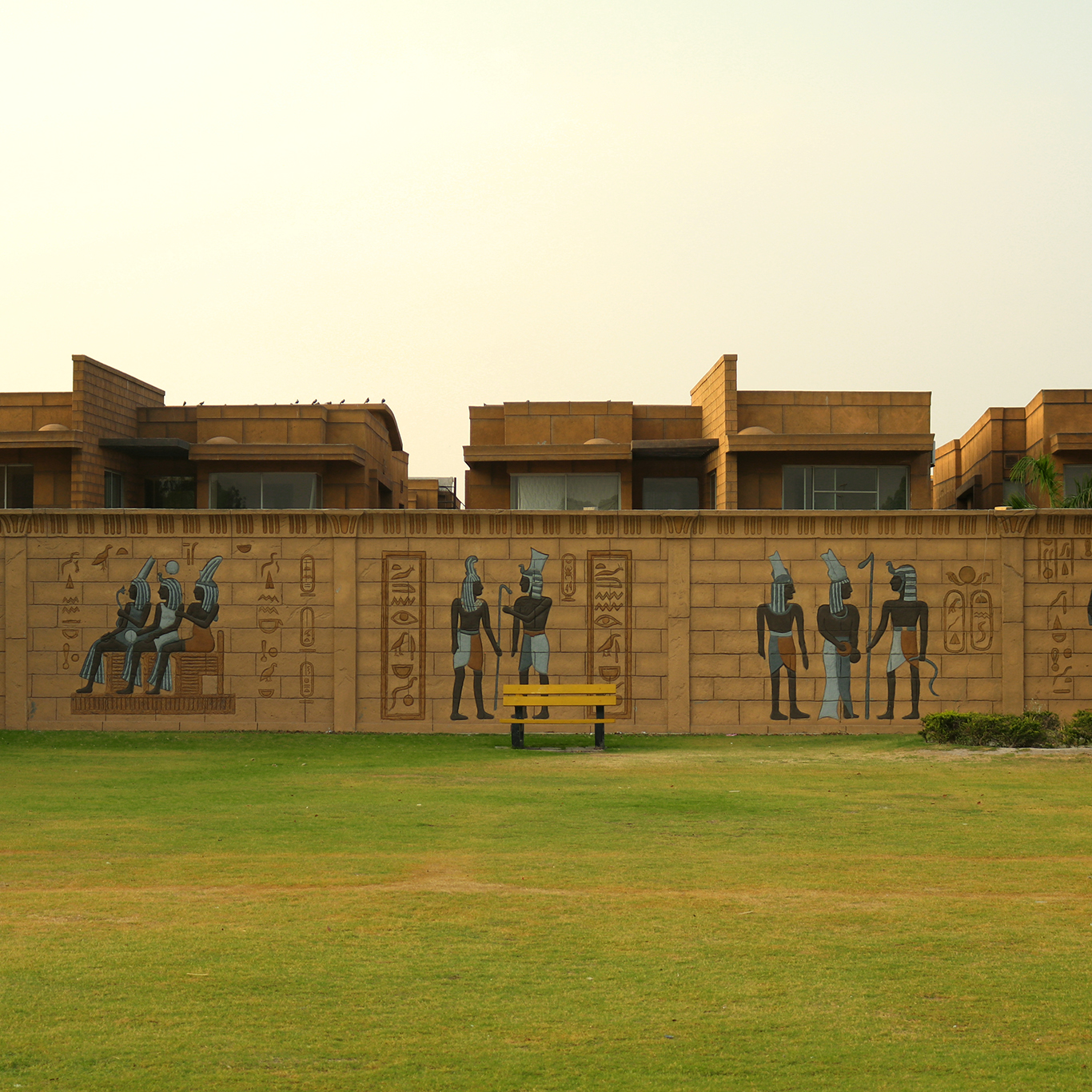 Paranoia is driving us all crazy. And it is making itself increasingly visible in our guarded homes, grilled windows, huge spiked doors, and now through these walls that cut off and seclude entire communities, creating cities within cities.

By largely decreasing interaction with the city and with different peoples, the gated community residents and those in support of ‘walled streets’ are giving in to their paranoia and as a result promoting a culture which restricts movements for a large segment of the society. This is the gated mentality which tells us that to keep ourselves safe, we need to lock the others out (and eventually end up locking ourselves in).

Imagine if everything turned into gated communities. Cities will come to like zoos where different “sets of people” will be living in different enclosures, hardly ever interacting with each other and not being able to move about in different areas either

“A gated community is not just a place. It is an attitude. It is a way of life defined by exclusivity and entitlement that only people of quality can engage in.

And all people of quality are well-versed in the art of keeping everyone else out.”

Excerpt from a Herald article titled “Luxury and privilege inside Karachi’s gated communities”, published on Feb 05, 2017

Do gated communities come into existence because of the incompetency of the state?

Many people argue that they need private entities to provide them with housing, infrastructure and basic commodities because their state isn’t doing anything for them – an argument which justifies the existence of gated communities for them. But if this were the case, the states that are considered competent, such as the United States, would not be seeing the increasing number of gated communities.

The desire for such walled communities doesn’t necessarily come from the doings – or the lack thereof – of the state, but more so because of privatization.

“When entities get privatized, they begin to cater to only the daulatmand (rich) areas because that is where they get their revenue from,” says urban planner and architect Arif Hasan. “And this happens everywhere in the world where privatization takes place in the absence of government regulatory control.”

Hasan agrees that gated communities are definitely eating up our resources and should not exist, “but these issues cannot be negated in the absence of the kind of politics needed for this and the kind of people’s involvement needed in the matters of the state.”

Fear is also one of the biggest motivating factors for people to prefer gated communities. Explaining this fear factor, Hasan goes back to how capitalism became stronger after World War II that resulted in the poor becoming an under-class the world over. “This became a cause of global and local terrorism, and class difference became massive. In places where there was no violence, class differences got so huge that they resulted in fear among people.”

In case of Pakistan, insecurity among the privileged class grew after Zulfikar Ali Bhutto’s hanging, which was the first Anglo-Saxon judgement on a divided verdict. “The elite ghettoized themselves after that.” 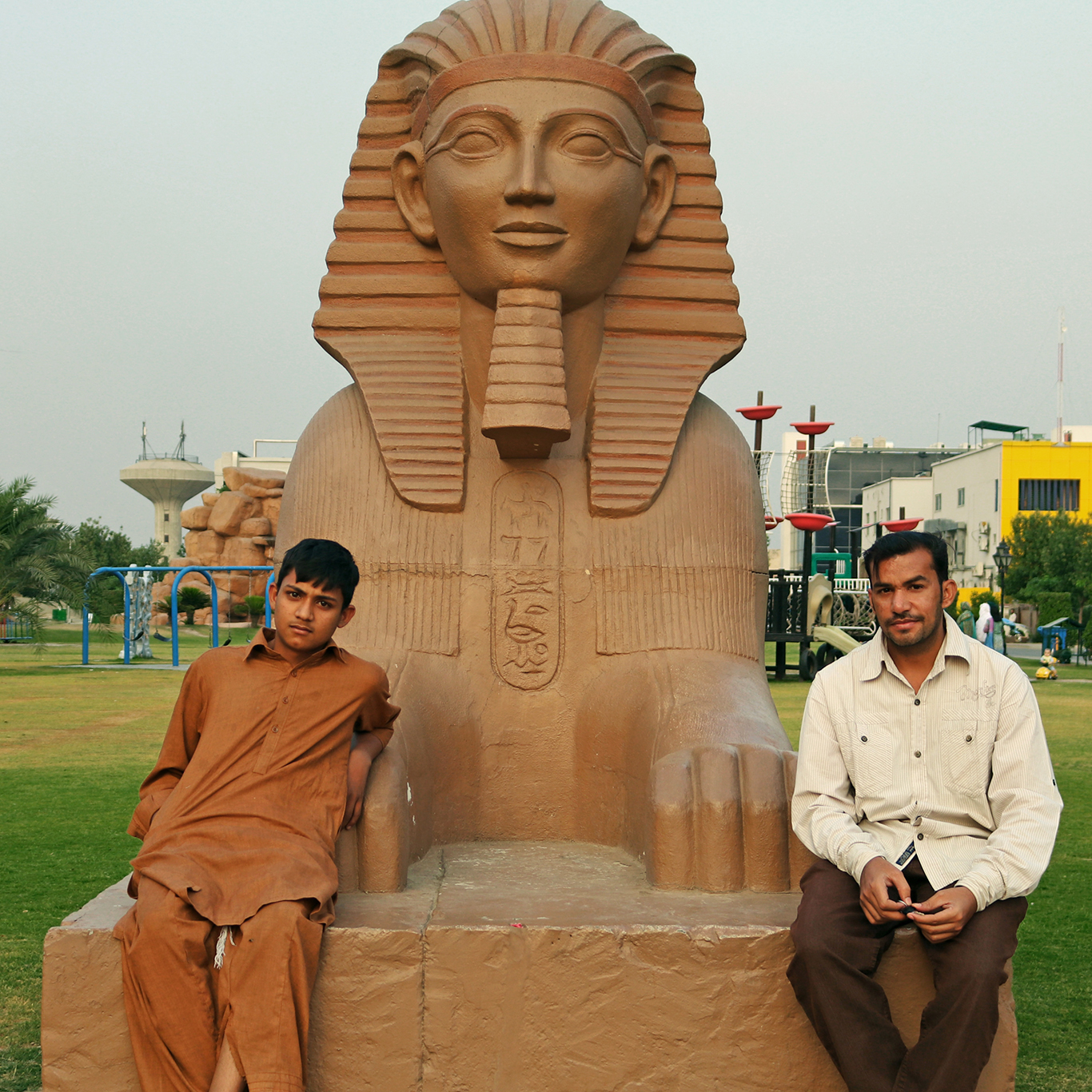 What is the historical mindset that gives birth to the concept of gated communities?

According to Hasan, the phenomena of gated communities in our society should also be looked at from the historical perspective of our post-partition reality. “If you look from the historical perspective, you’ll see that all our villages and cities – without exception – were traditionally built around the basis of ethnicity, religion or caste… These communities might not have had gates but they were still ‘gated’.

Now, these two things have come together: Religious caste and ethnic homogeneity along with a wall and a gate [to form gated communities].”

Can architects be blamed for ruining urban landscapes?

Hasan holds architects accountable for not understanding the impacts of irresponsible architecture. He says: “Their education is not up to par. Most of them [are just building their portfolios]. They only cater to the desires of their clients. The biggest casualty that results in such cases is that of environment: air, sunlight, privacy and open spaces.”

The imperial colonialism deep-rooted in our minds pushes us into worshipping anything and everything that is even remotely Western. And in blindly following all that is from the West, we begin to lose touch with our own realities.

The architectural development of Bahria reflects the copy-pasting culture that is completely out of context of our identities and cultural histories. Pick a sphinx from here, add an Eiffel Tower from there and place a Trafalgar Square with “Allah” on its top – no need for any meaningful creative architecture.

Yes, we need development but not at the cost of getting stuck in the desperation of turning Lahore into some weird, fetishized version of Paris.

Fear has been one of the driving factors for almost all of the residents to have moved to Bahria Town. They all want a safer environment for their children, and understandably so. We live in a country riddled with crime and terrorism, and we all want to stay safe.

But when you erect walls around yourself to limit access to the outside world, in some way you end up limiting yourself. Gated communities such as Bahria Town, through their key attractive feature of providing every commodity through private means, actually cut off access to other important things outside its walls – including the state’s authority, rule of law and media’s access.

In trying to lock the others out, are you actually locking yourself in?

A few months ago, when over 100 people got injured when a stage for a TV show of a private channel collapsed inside Bahria Town’s premises, it hardly created any stir. There were no red breaking news tickers flashing across TV screens, no analysts sitting on shows to discuss the accident, no social media uproar.

No questions asked, no answers demanded.

It was a classic case of one private entity safeguarding another private entity with its physical walls. No one could go inside or publicly report on it – because the security on Bahria Town’s gates remains tight. The only reports that came out were from people who were affected by the accident or their friends/relatives who later heard the story from them.

For a place where people assume their children are completely safe, there was another recent incident that proved otherwise. A seven year old child was abducted inside Bahria Town Islamabad’s premises, right in front her parents. Her family claimed the authorities did nothing to help them and also accused them of not even announcing the abduction on the mosques’ speakers because that would have revealed their poor security standards. The only way for the family to bring this horrible crime to notice was by seeking help through social media. While the police remained missing from the scene, Bahria Town’s own security also did as they pleased. And even if they don’t do much, who can hold them accountable? 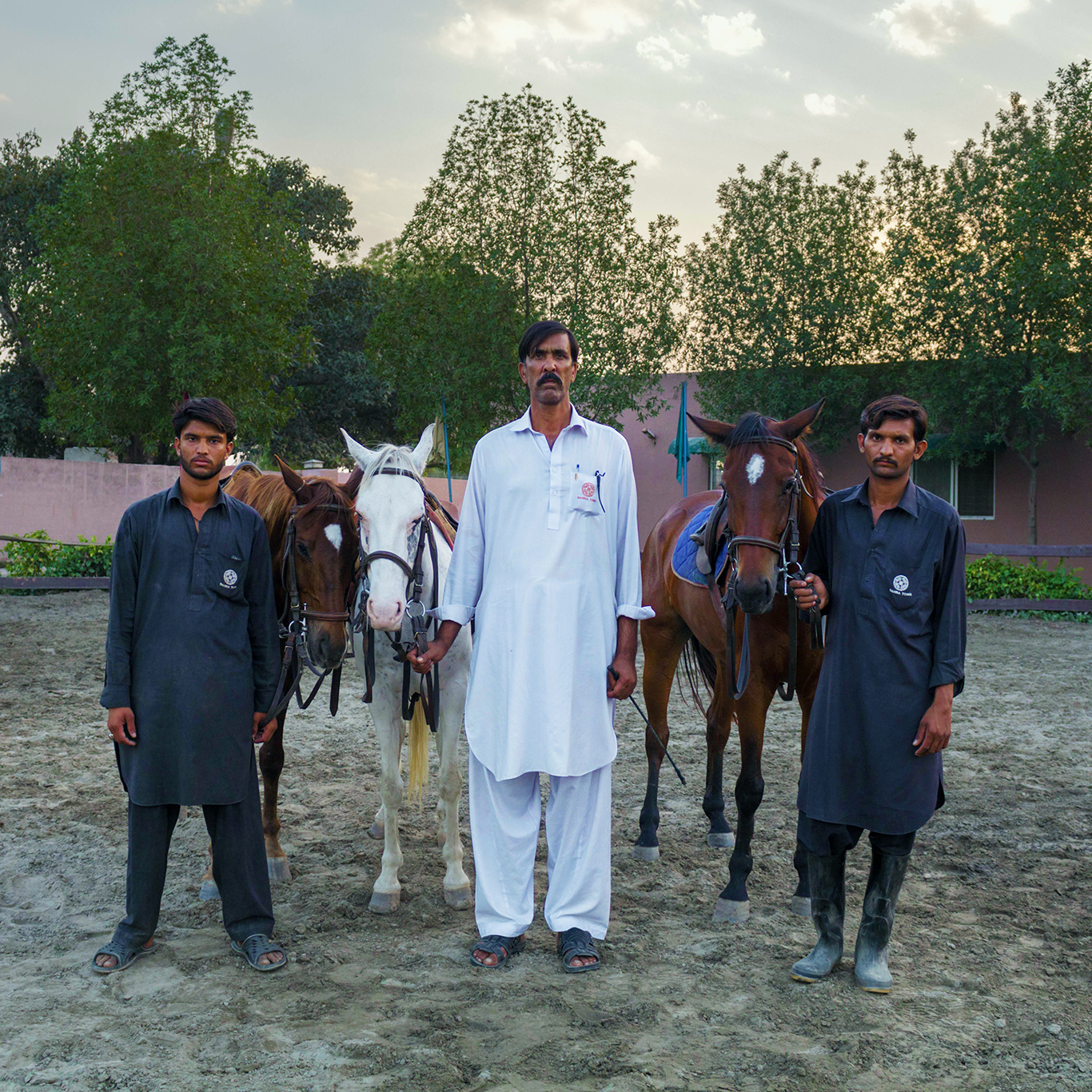 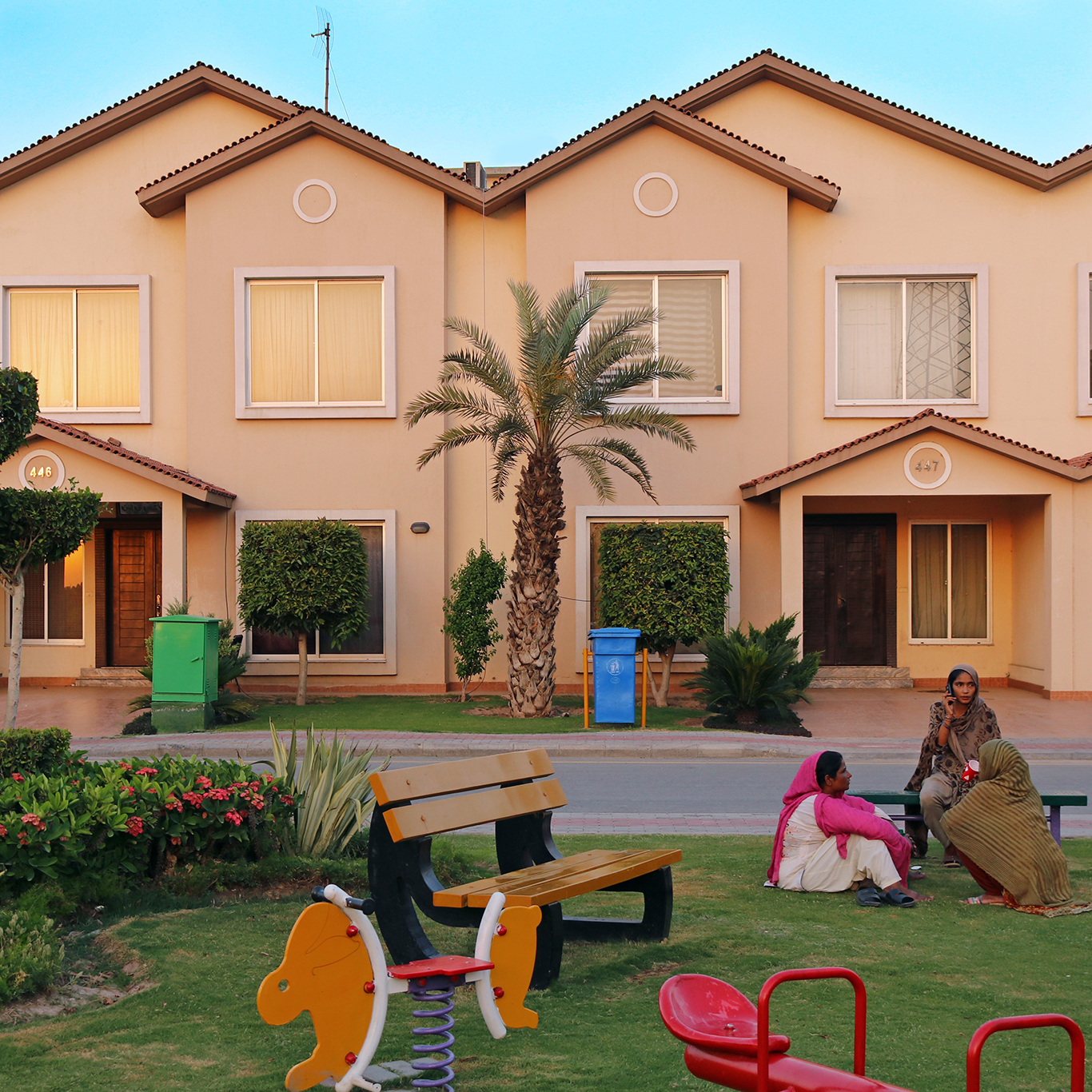 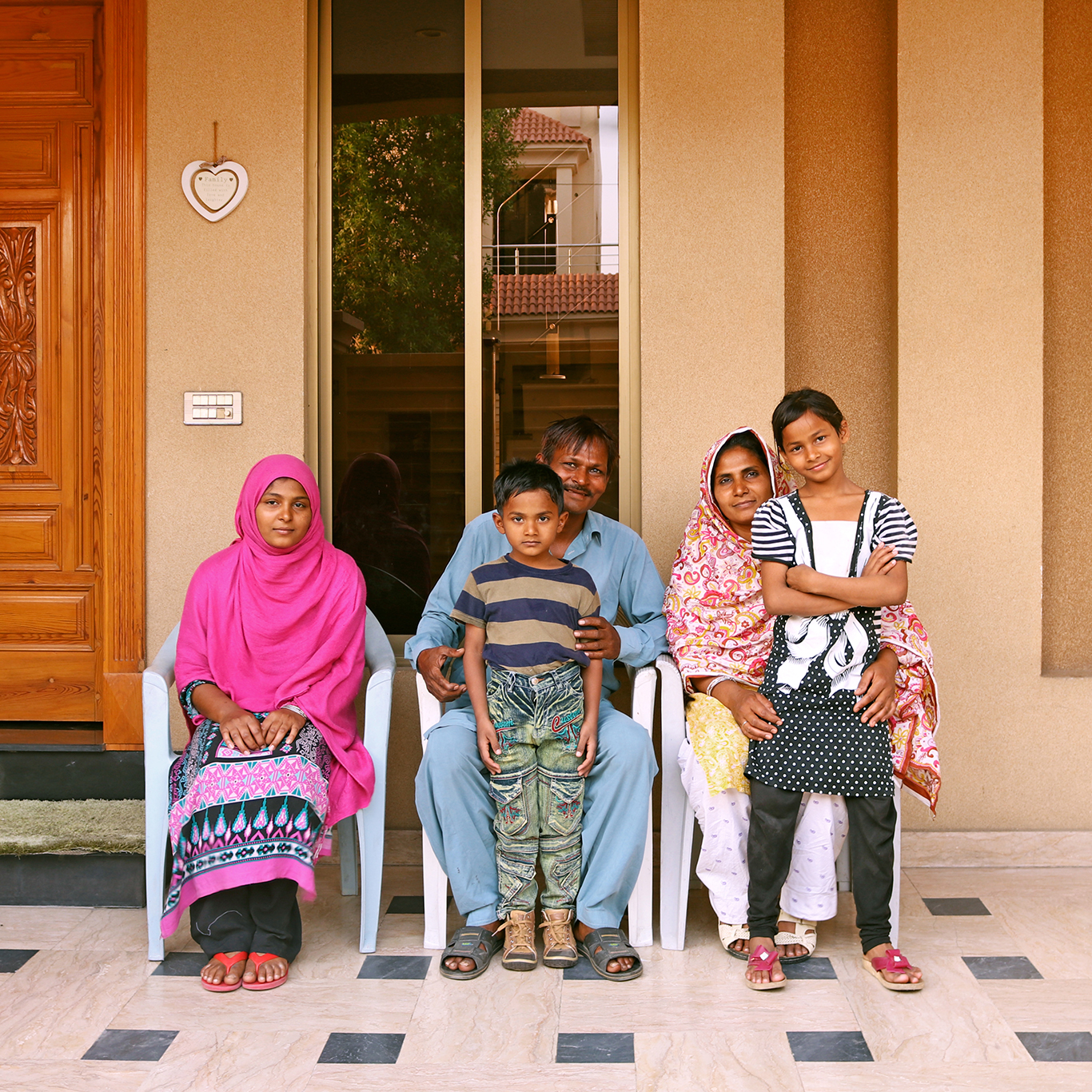 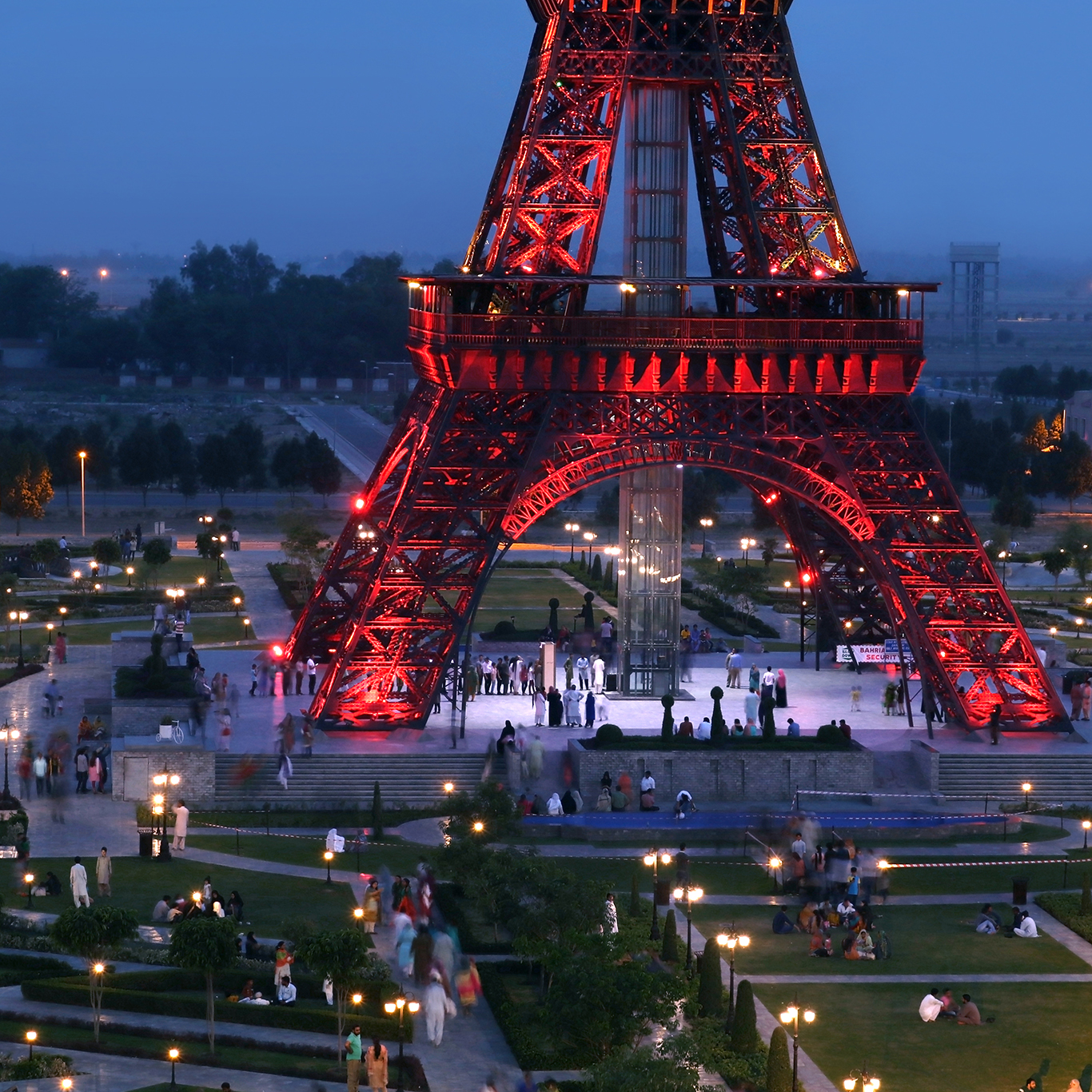 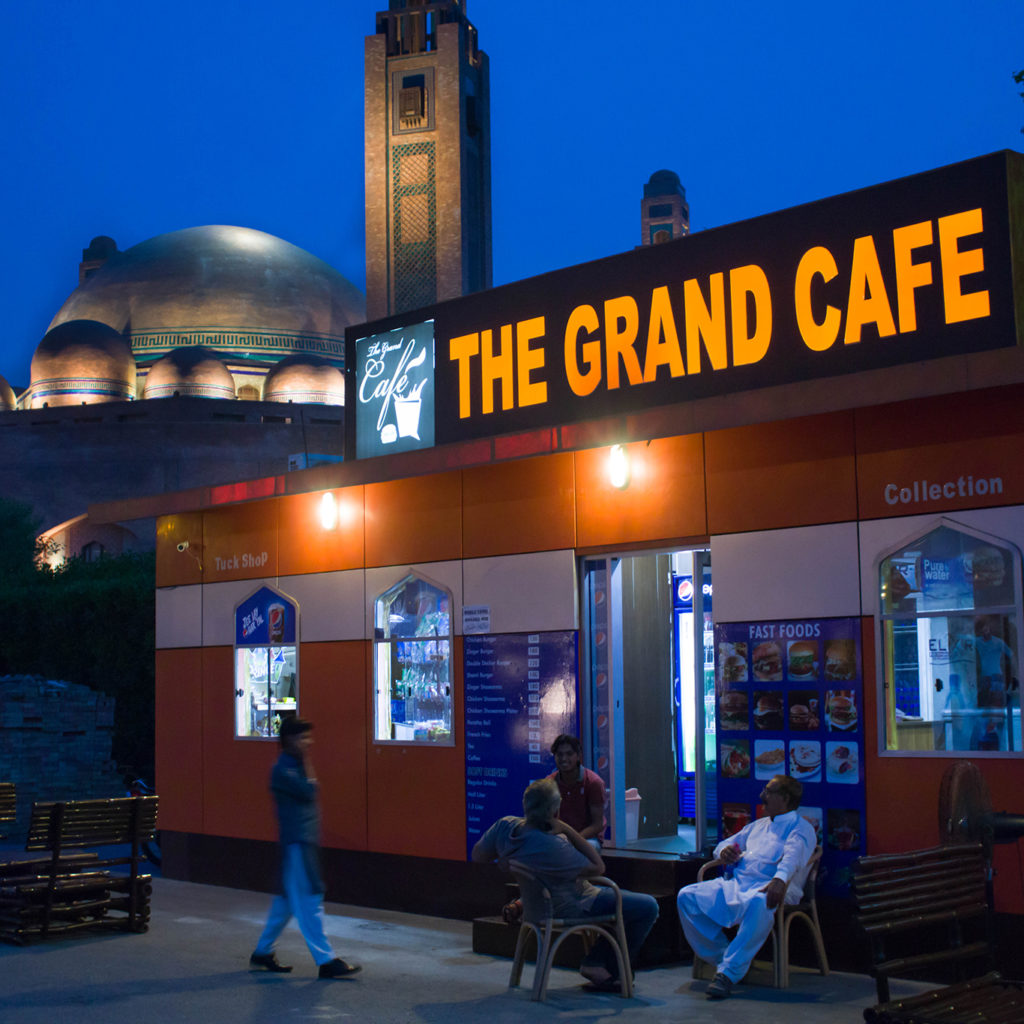