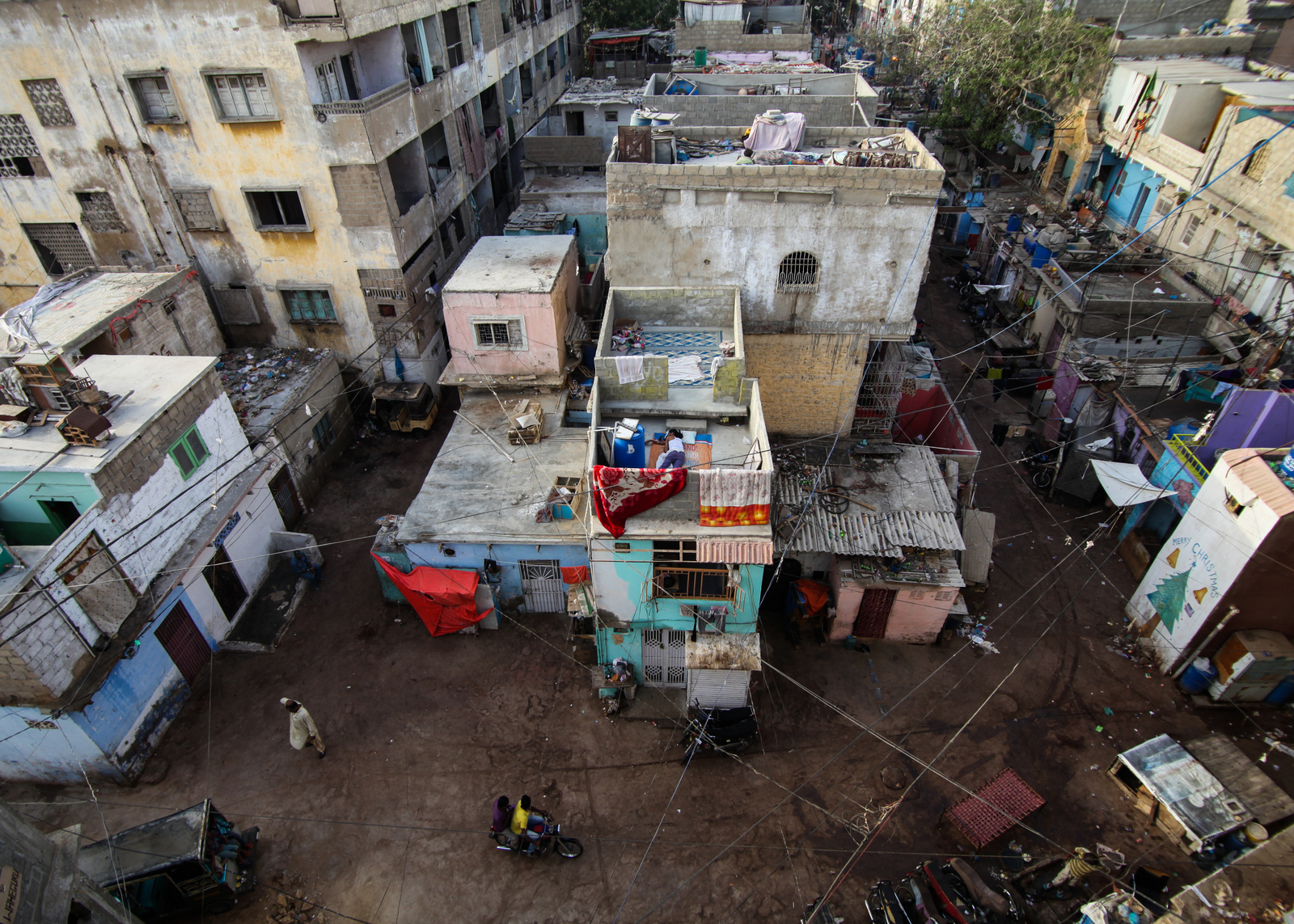 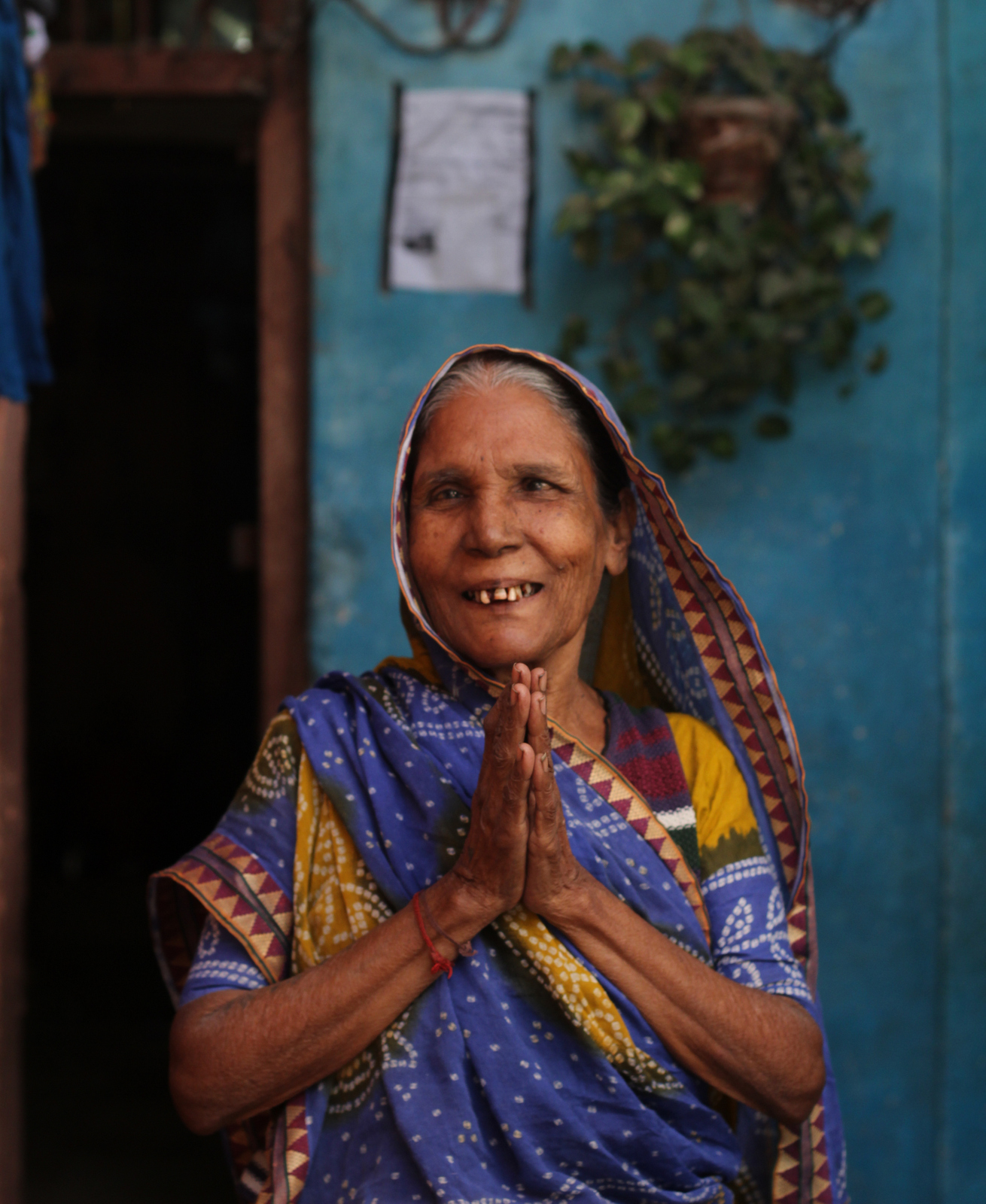 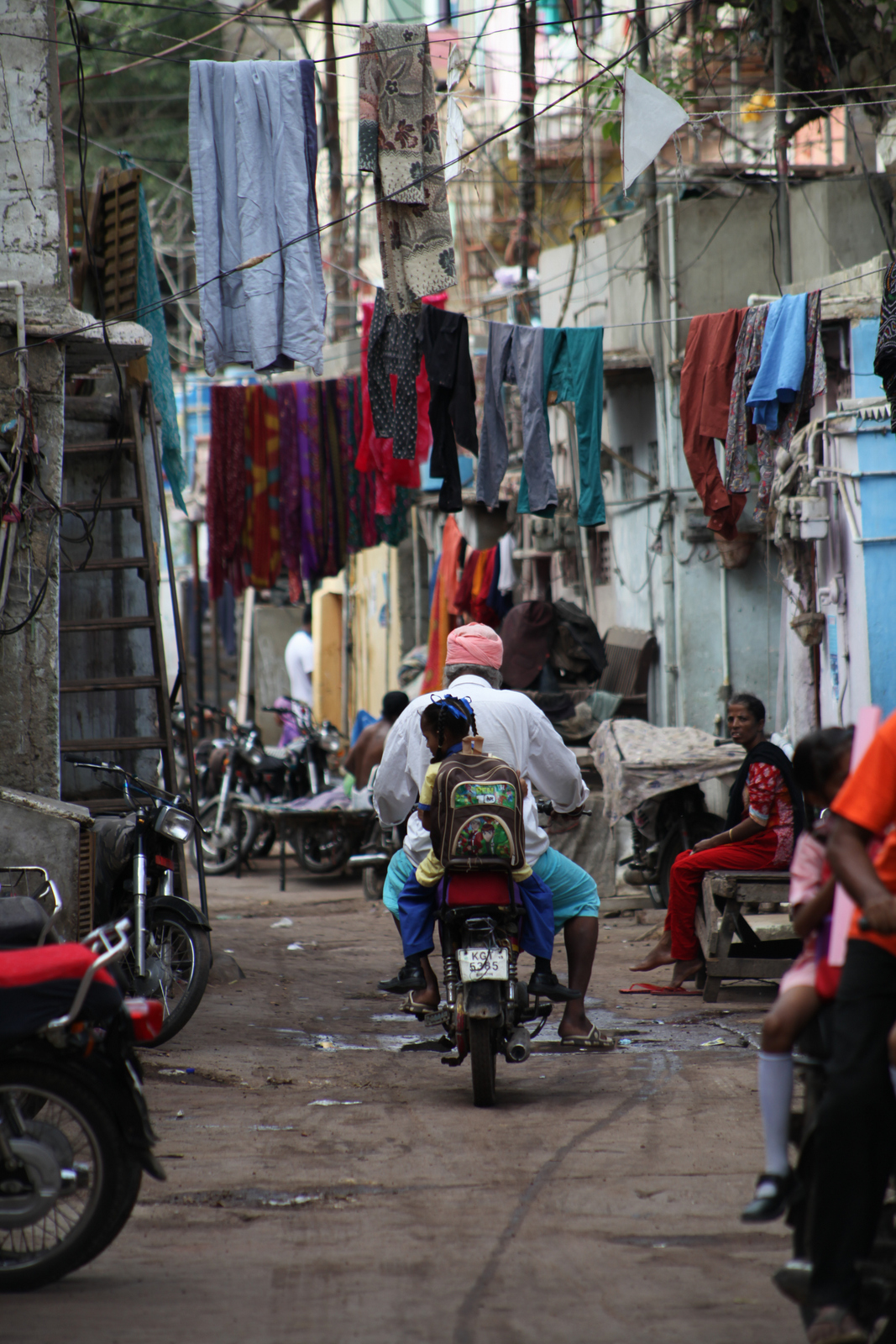 The men of the locality help in setting up all the arrangements, while the ladies gather days prior to the event to sing songs and enjoy the festivities. Everyone is invited – whether Hindu, Christian, Sikh or Muslim.

Narayanpura was established in 1824 by a Hindu activist named Narayandas. Today, it houses hundreds of thousands of workers of Karachi Municipal Corporation (KMC) employed in janitorial services – a job that seems to be unofficially reserved for the “poor” minorities of the country.  The nature of these jobs has ended up giving the unfortunate name “Bhangi Para” to the area by many locals.

But despite their decrepit condition, Hindus, Christians and Sikhs have been living next to each other for centuries, celebrating each other’s festival as their own. During Christmas, Holi and Besakhi, everyone participates in the celebrations regardless of their faith.

In Pakistan, due to dominant religious pressure groups the masses are mostly conservative. But here, you have complete freedom to practice your customs and celebrate your events no matter from which belief system you are.

Children of Hindus, Christians & Sikhs are brought up together, they play together in the same streets. No hatred is implanted on the basis of their beliefs. They all respect each other’s beliefs.

TILL DEATH DO US PART

The entire neighborhood of Narayanpura lives like a strongly knit family. They are with each other in times of health, wealth, sickness and happiness.

I saw the spirit of their lively events at one of the weddings I attended during my time in Narayanpura.

It was not an event of just one family; it was an event all the neighbors fully participated. Since the houses are too small to accommodate all the guests, the events are set up in tents on the streets with bright colors popping up from every corner.

The men of the locality help in setting up all the arrangements, while the ladies gather days prior to the event to sing songs and enjoy the festivities. Everyone is invited – whether Hindu, Christian, Sikh or Muslim.

WHERE STREETS ARE HOMES

Being in and around Narayanpura becomes an interesting experience because of the distinct vibes its streets emanate. Here, the streets are more than just streets; they are a part of peoples’ lives.

You’ll see people sleeping on the streets, women cooking food and washing dishes, children playing and the elderly gossiping on their charpoys. The streets are lined with colored pieces of clothing all hung out to dry. 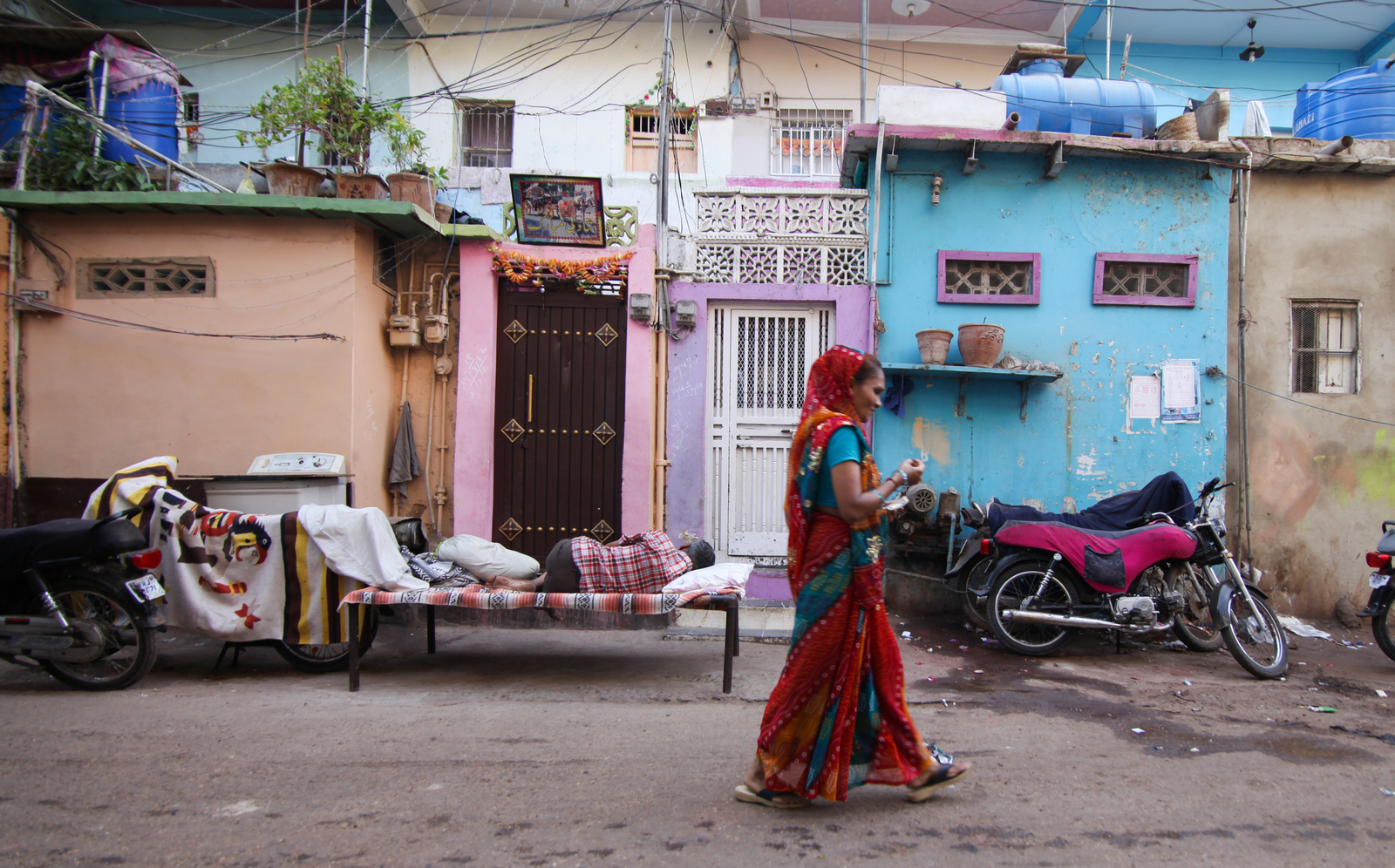 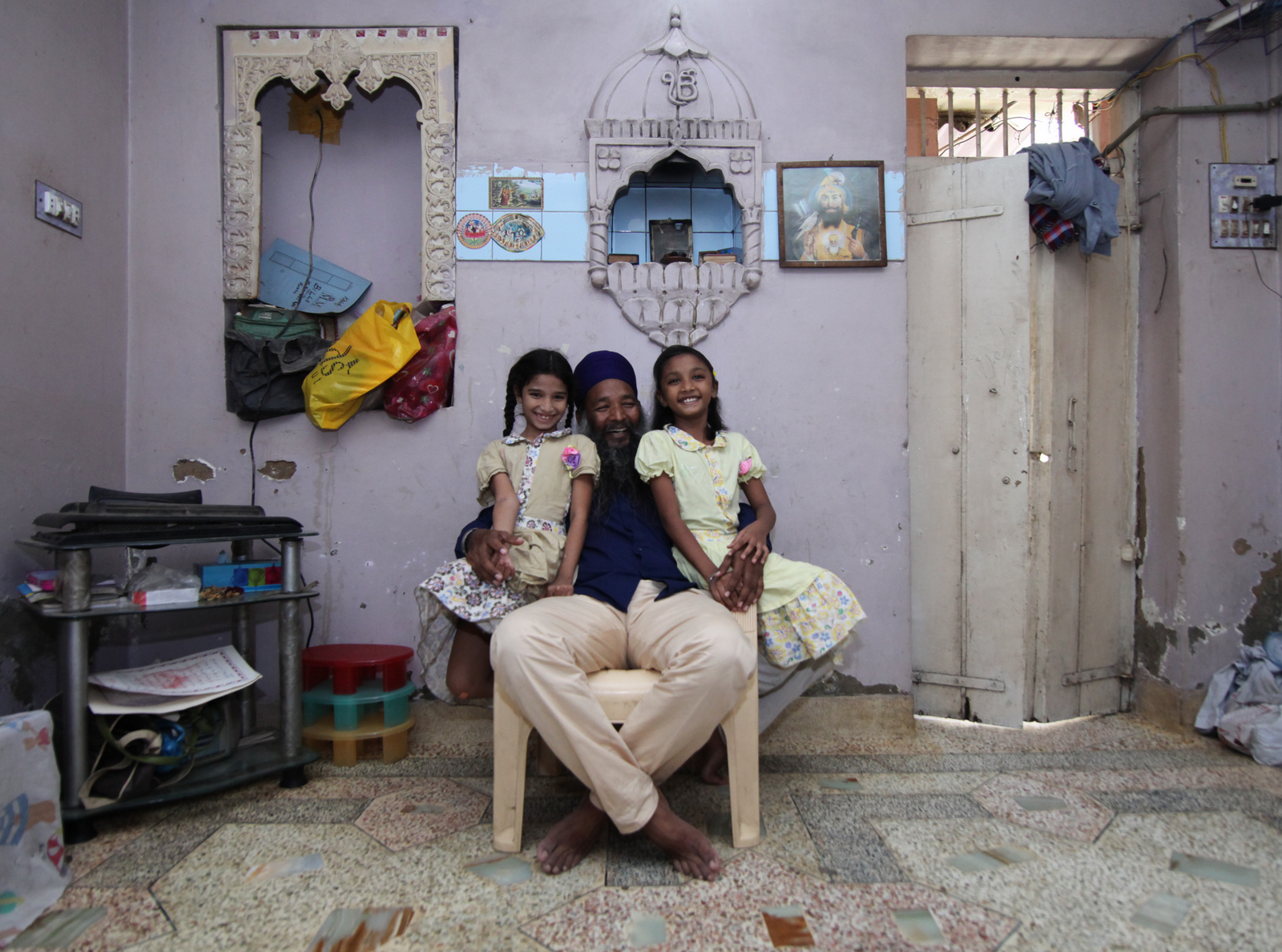 My family belonged to Indian Punjab, but I was born here. I used to play football on the streets of Ranchor Lines in my childhood.I got a good education and now I’m Granthi, serving at a Gurdwara and also doing a part-time job. As the main religious person, it is a big responsibility to lead a community especially when you are living with the people of two other beliefs. But I am happy that we live in peace with each other, resolving our conflicts.

People used to call me Nawaz Sharif because I joined a political party and I’m one of the very active members of our community. They also call me “Prime Minister”.[In the picture, Nursy can be seen with his wife Geeta and son. On the wall behind them are pictures of Nursy’s late parents and grandfather.] 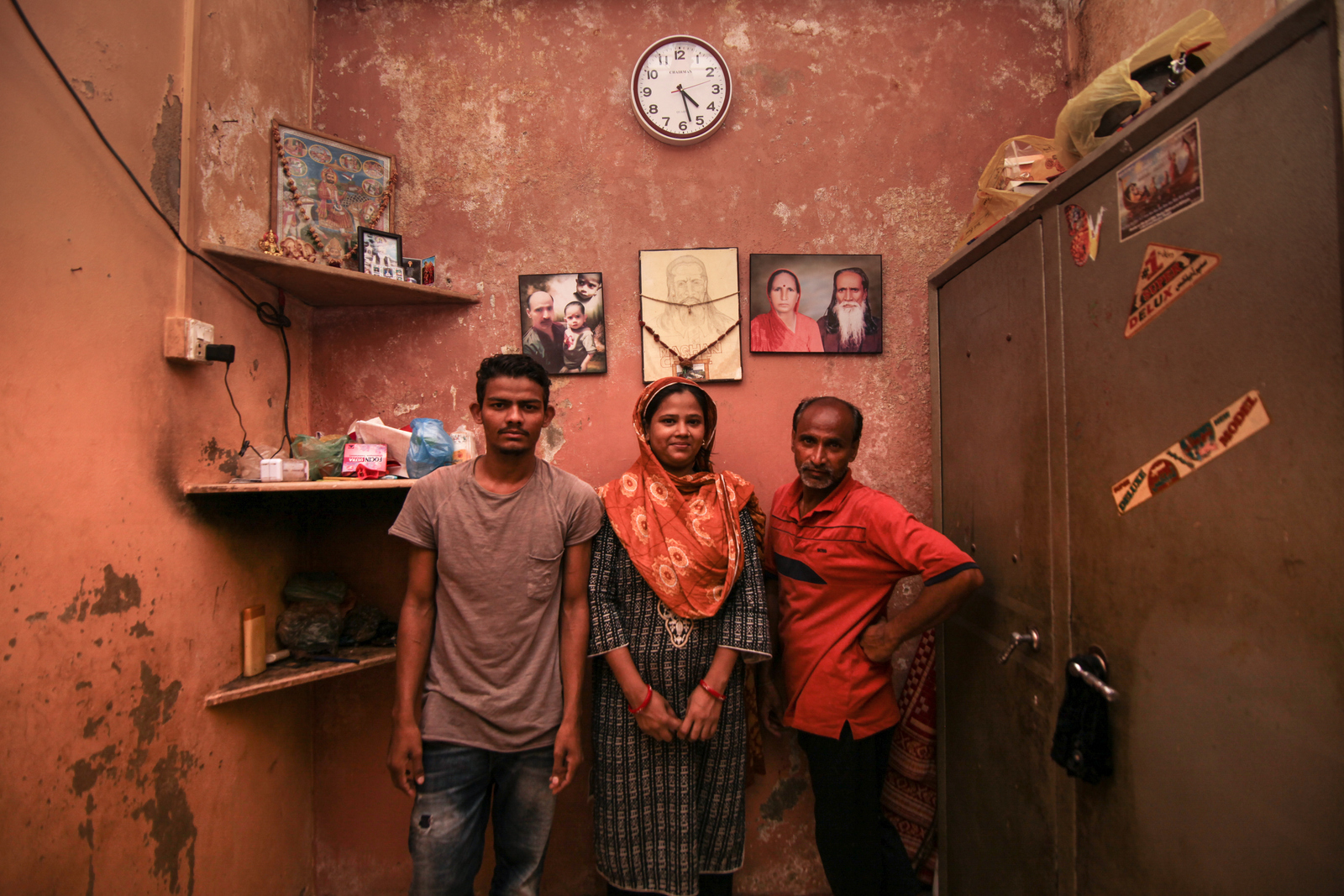 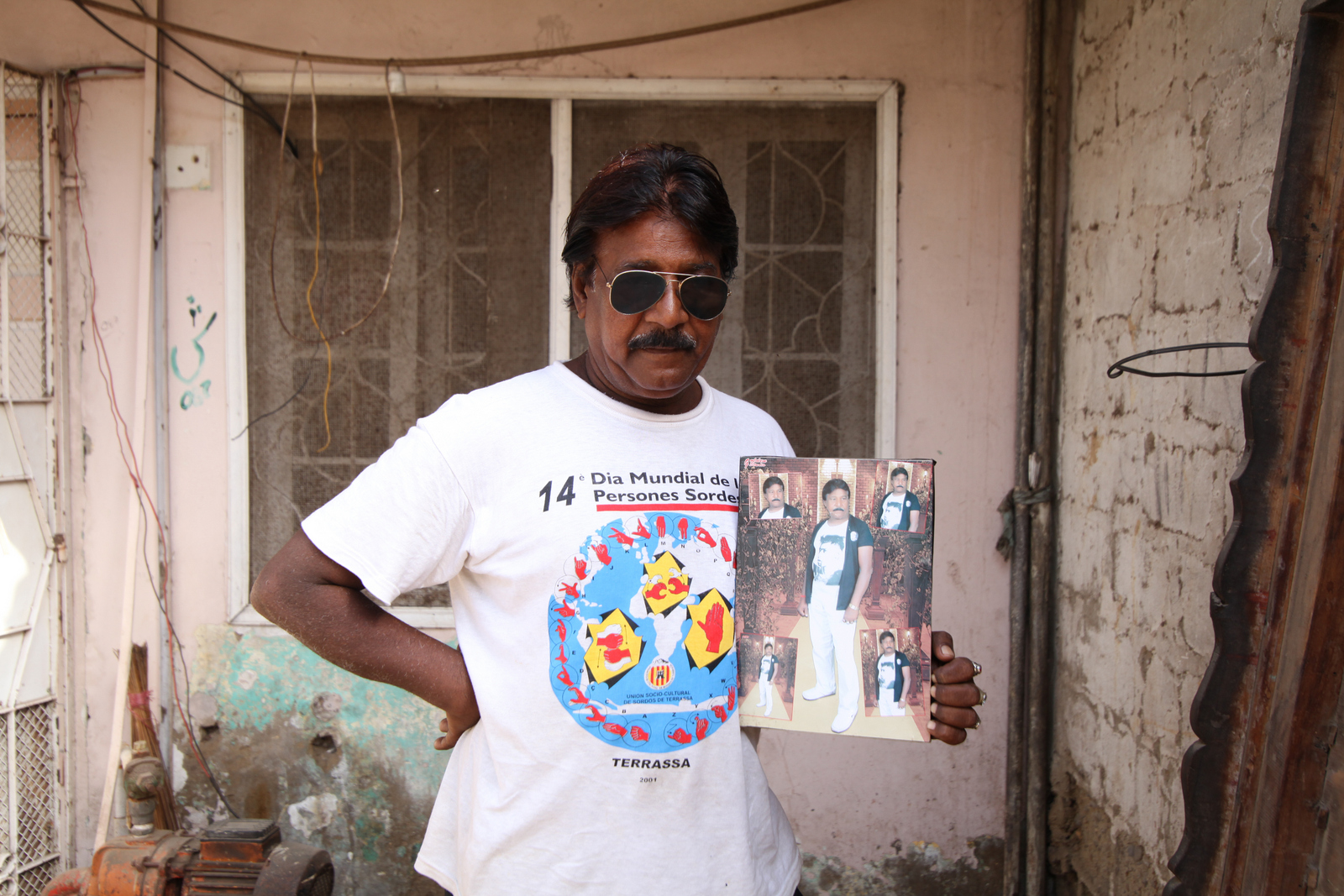 I am 60 years old but “abhi tou main jawan hoon [I’m still young]”. I have worked in two films and then I worked in Saudi Arabia for two years. Currently I’m working at a mosque. My wife belonged to a Sikh family when I married her. I believe our God is one. He loves all of us like His children. 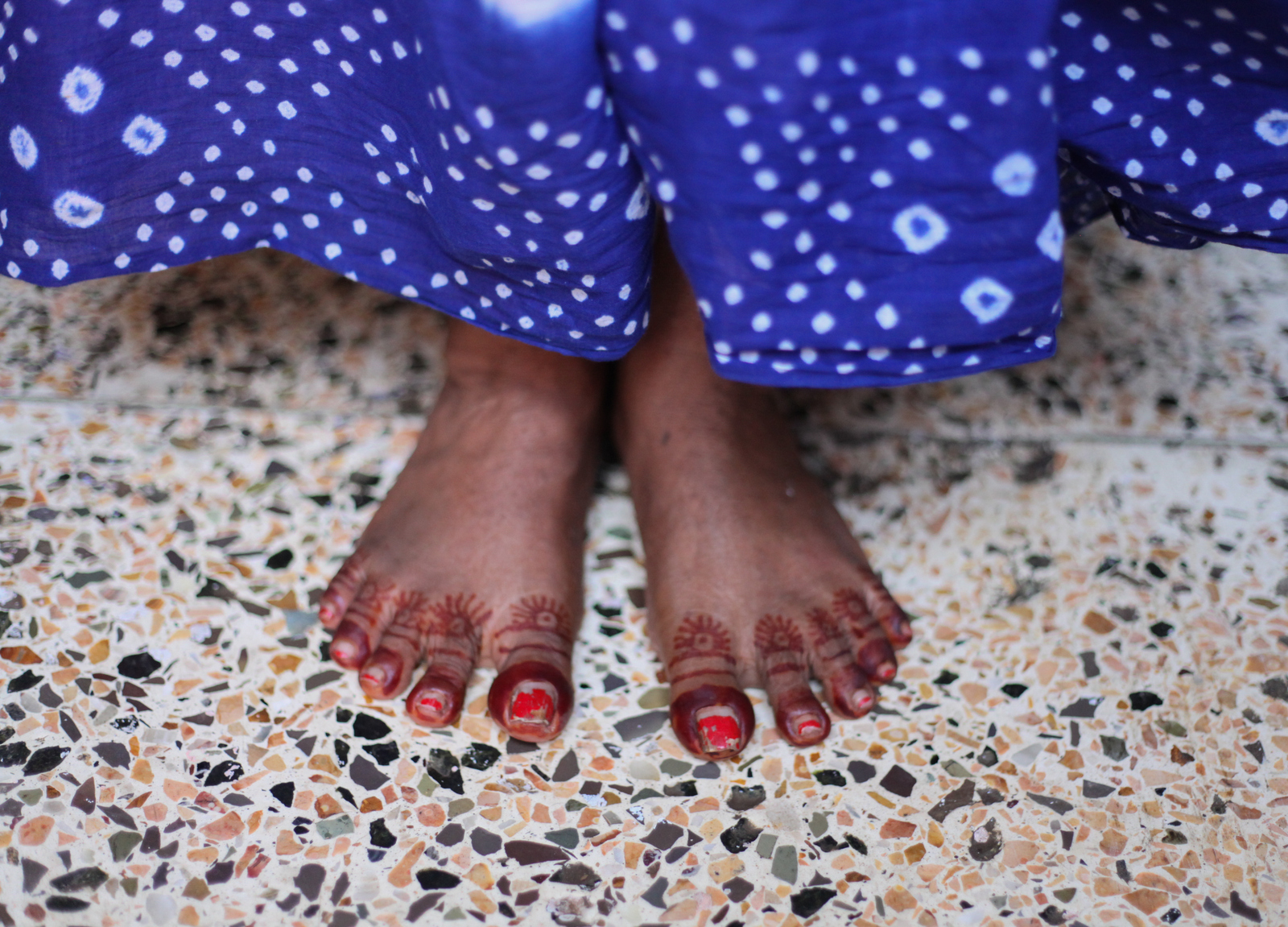 The story of my life started when I got married because I was too young at that time. I loved my husband. He gave me respect and love. Unfortunately, he died. I miss him. He was everything for me. I’m over 50 years old now but I still wear henna on my feet and hands in his memory. 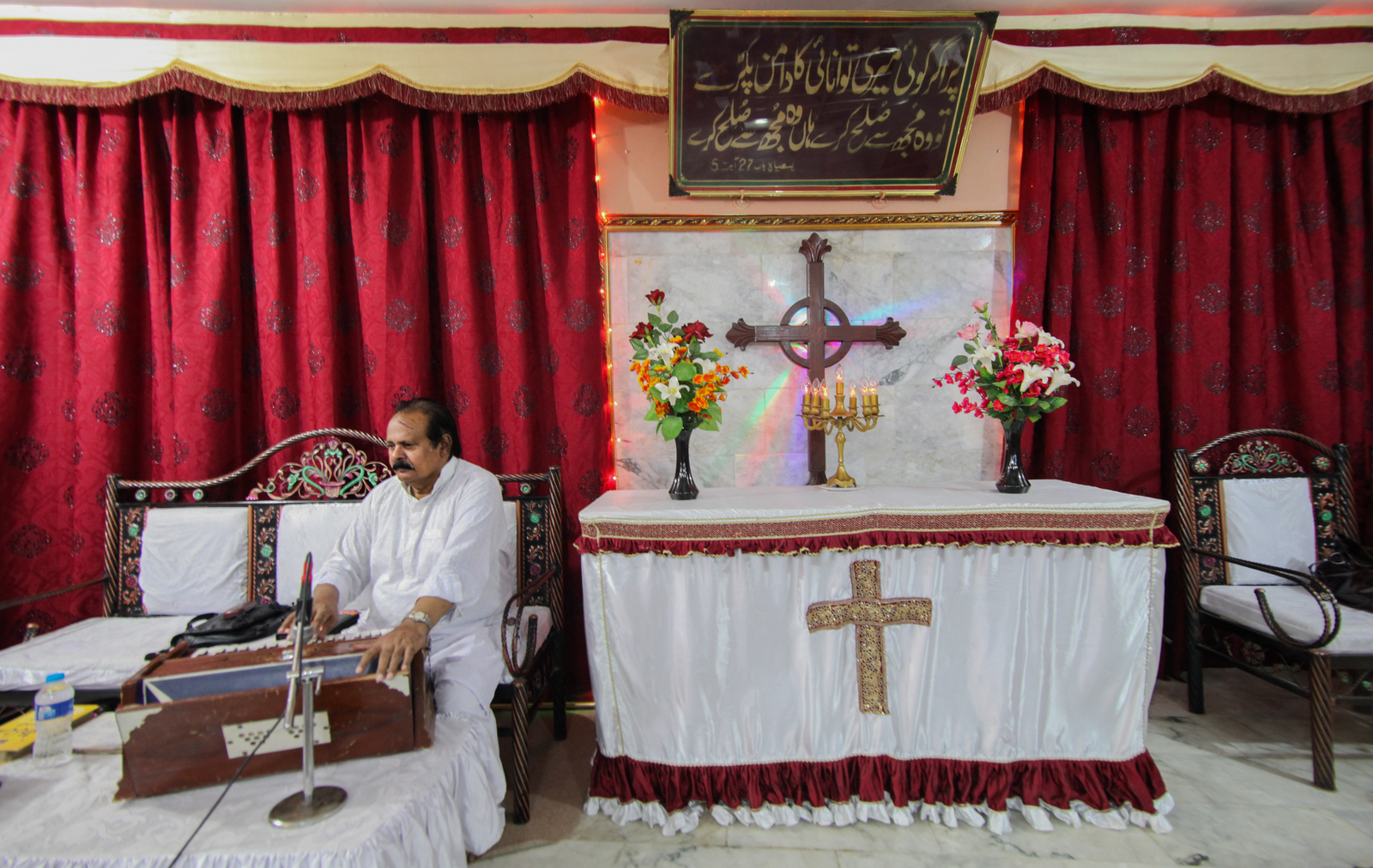 I was an engineer in an American oil firm. I resigned from my job and left everything just to serve my faith. My God called me and I came back to preach the message of love. We welcome everyone here. This is one of those churches where Muslims and people from other faiths also come to pray. This is because we are the preachers of love, faith & Holy Spirit. 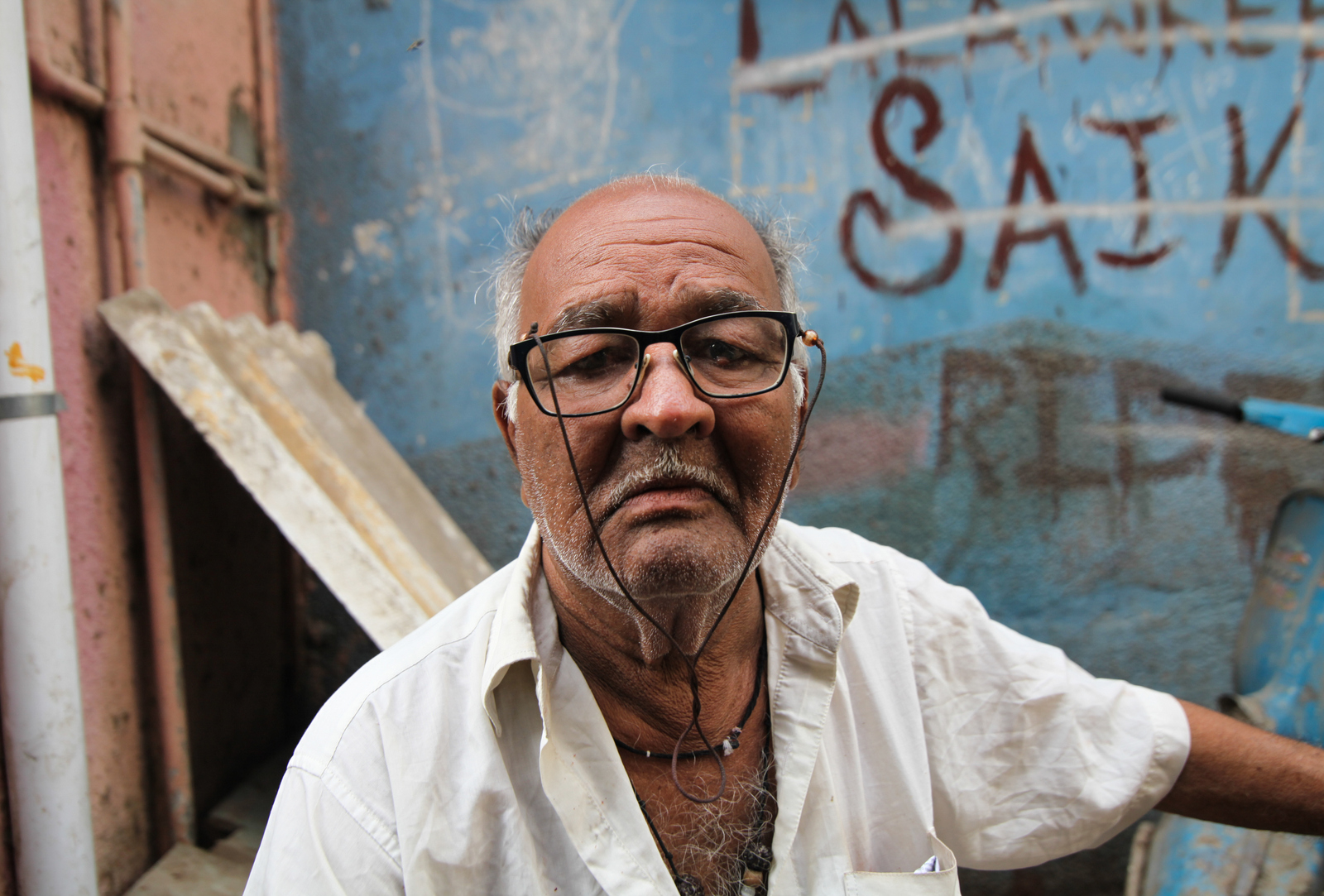 I’m living with my sons and grandsons. I’ve travelled to many countries but I love this place. We live in a small compound. My sons are waiting for me to die now but I’m not going anywhere (laughter). 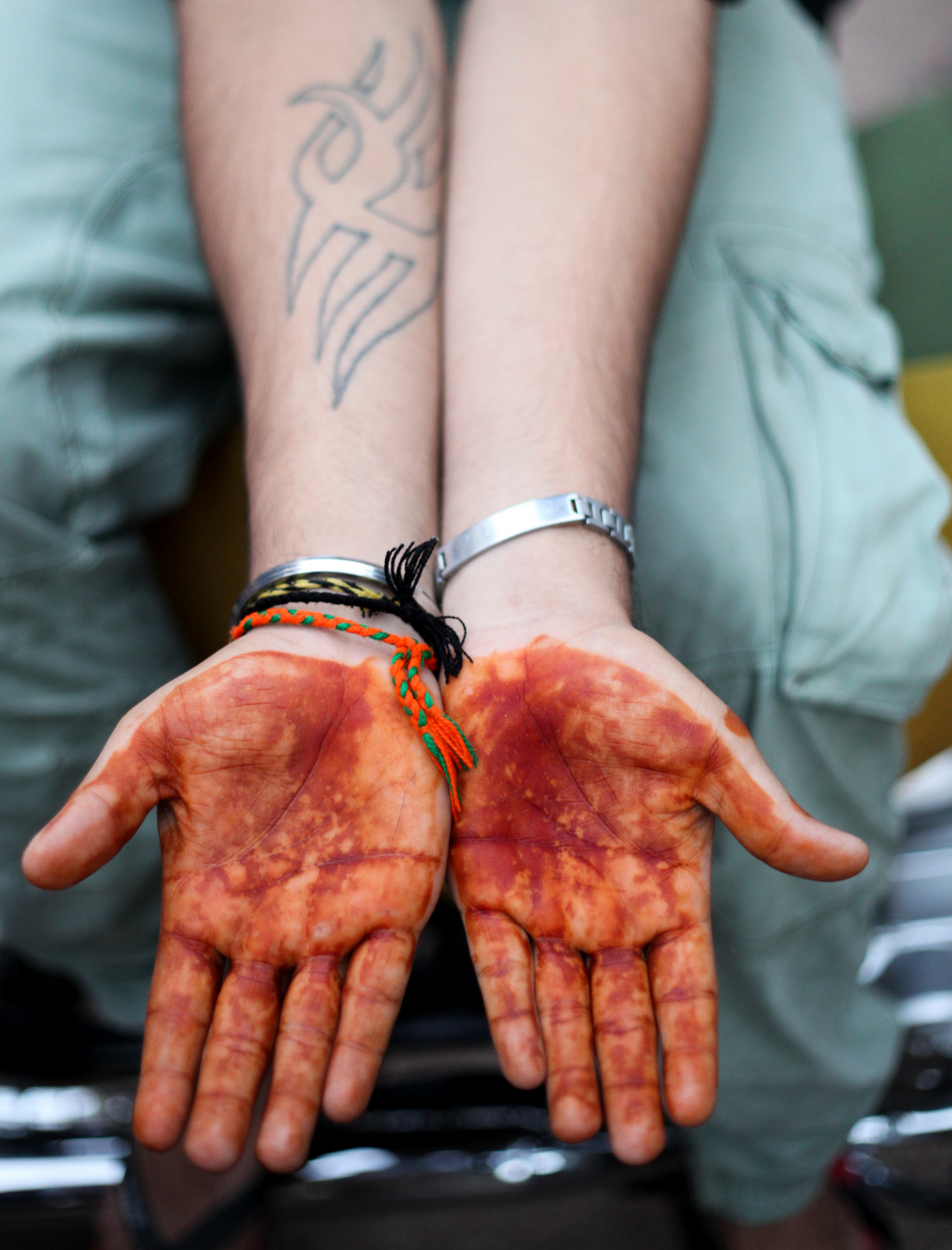 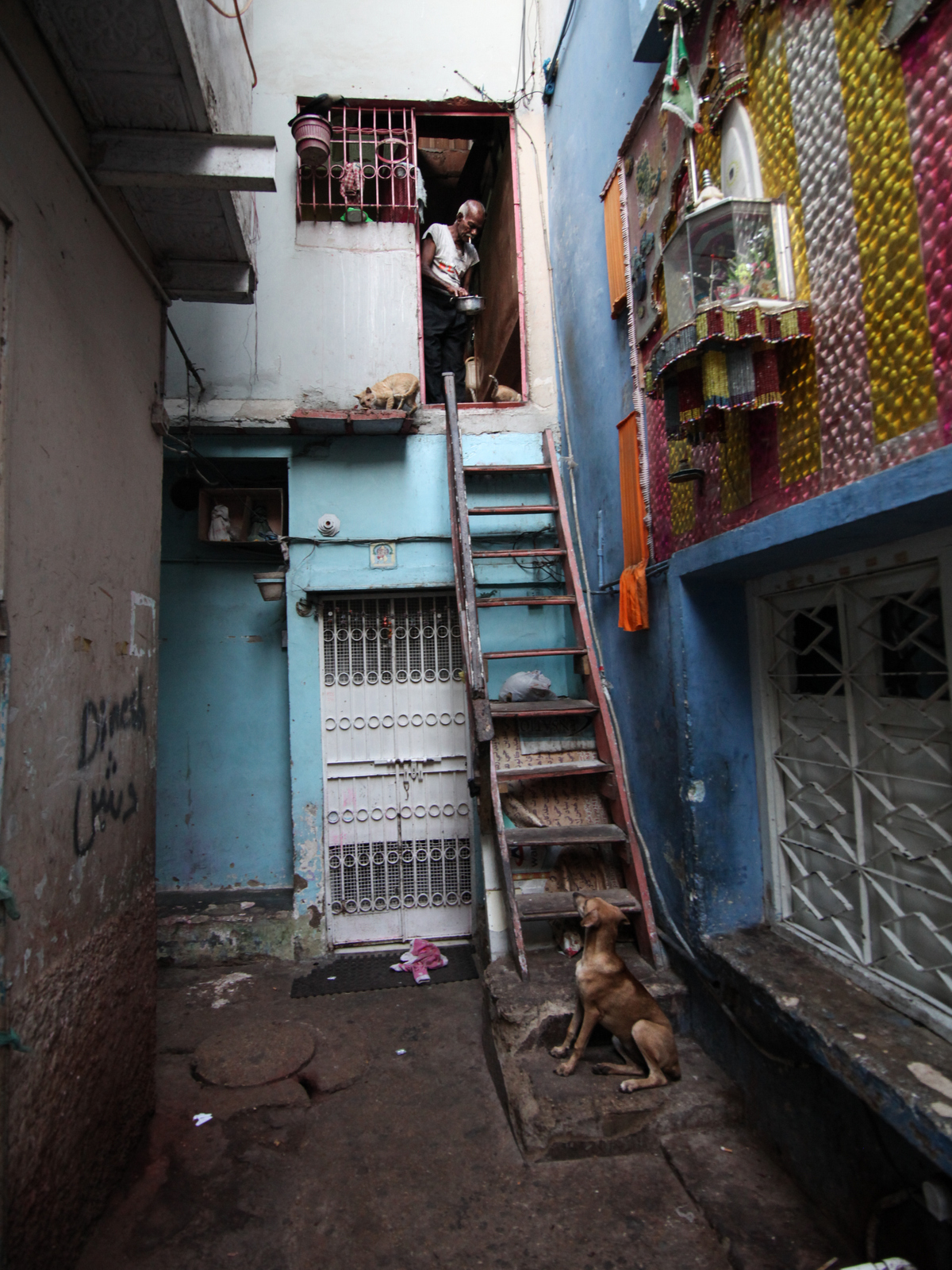 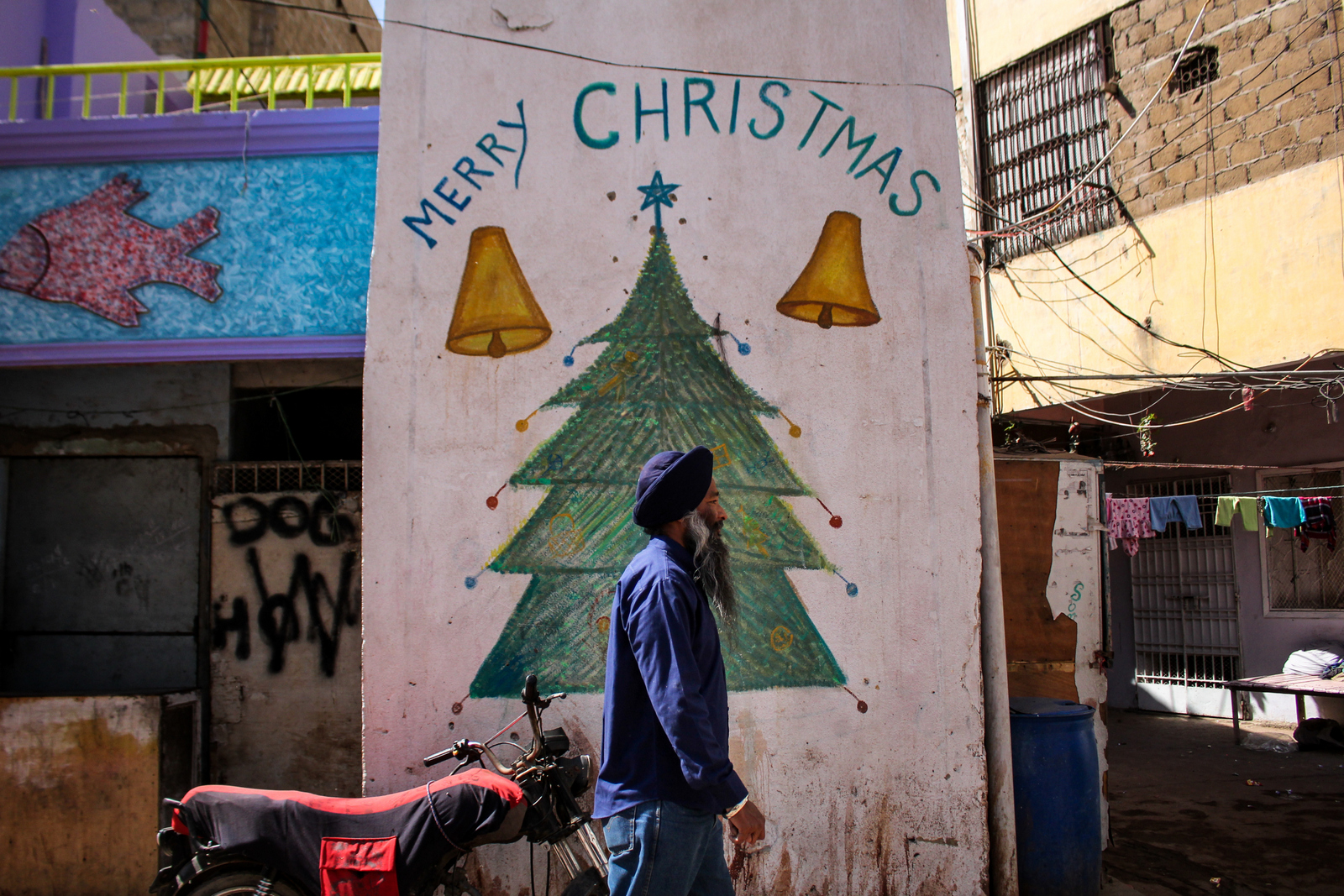